Another Excerpt from my Novel, “Perfect Money”, Chapter 4

Sorry gang, but this is the last post until the novel is published. It gets better!
Wait ’til you see what the Secret Service, FBI, CIA, IRS, the Mafia and the KGB have in store for them.
© 2012 Boyd Norton 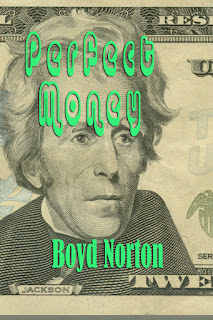