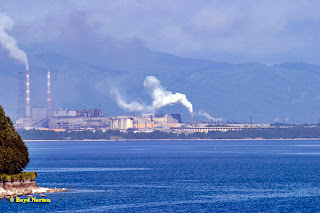 Last November we learned that the Baikalsk Pulp plant on the southern shore of Lake Baikal was shut down after 42 years of polluting the world’s most beautiful and pristine lake. We all cheered. But it was a short lived celebration. Just today I learned the plant was to start operation again. That’s the bad news. The semi-good news is that it will operated with a closed cycle pollution control system. Only problem is, such systems haven’t worked in the past. However, Vladimir Putin has declared that Baikal must be protected.

We’ll see. Best solution is to shut it down permanently. I gotta have a talk with Putin.

My article on Lake Baikal is scheduled for the November issue of Audubon Magazine. Here’s a short excerpt and a few pics.

“You know, we Siberians live in fear of being exiled to Moscow,” says Leonid Yevseyev, and we both laugh.

Yevseyev, my guide and interpreter and a native-born Siberian, is beside me on a promontory as we look out over a stunning panorama—-the mountain-rimmed lake called Baikal. We stand on Baikal’s remote northwestern shore, watching a thunderstorm hammer the Barguzin Range to the east of us. Here the land plunges a hundred feet to waters that are a vibrant blue-green, so transparent that rocks ten feet beneath the surface are clearly visible in the glaring sun. Bordering the meadow around us is a dense forest of pine and larch, spreading a resinous fragrance. Exiled to Moscow? Leonid and I agree: only if they take us away from here at gunpoint. 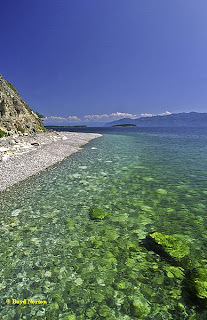 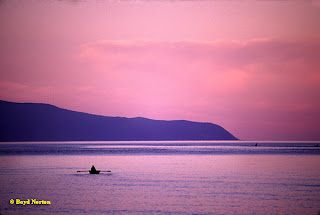 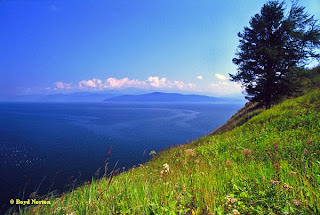 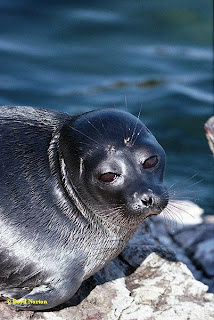 Nerpa, world’s only freshwater seal, found only in Lake Baikal. Population is uncertain and may be declining due to decades of pollutants affecting their immune systems. No one know for certain the exact number remaining in the lake.