I’ve recently been scanning some slides I made at Lake Baikal, Siberia about 15 years ago and discovered some shots of 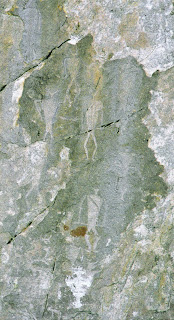 petroglyphs on the western shore of the lake. They looked strangely familiar, so I dug out some photos of petroglyphs I had shot in Canyonlands National Park in Utah. The similarity is amazing. Two different cultures – the Anasazi dating back a few thousand years – and the unknown people from the Baikal region whose origins may go back several thousand years. Lake Baikal is more than 6000 miles from Utah.

I suppose it’s possible that similar kinds of depictions could evolve in different cultures, but still this similarity is intriguing. It does seem to lend more credence to migration of people from Asia to North America.

The first two photos on the left are from Baikal. The bottom one of red sandstone is from Utah. Click to enlarge any of them 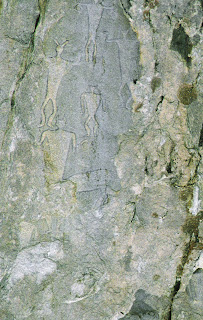