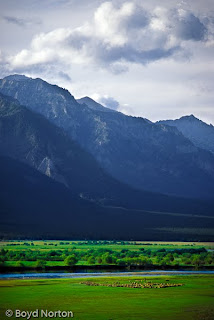 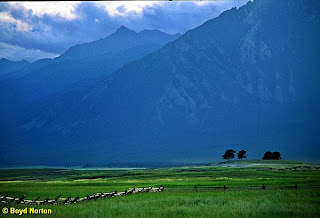 In the summer of 1990 I started work on my Lake Baikal book (published in 1992 by the Sierra Club). While there I made a side trip with the late David Brower and some other environmentalists to a marvelous valley east of Baikal – the Barguzin Valley. 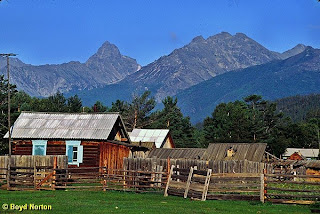 We were the first Americans ever to set foot here and it was an incredible experience. Like jackson hole it is a flat valley with a major river winding through it – the Barguzin River. And like Jackson Hole it has a spectacular mountain range rising abruptly over 7000 feet above the valley floor. It is twice as long as Jackson Hole and the towns, villages and farms here are populated largely by Buryat people noted for their horsemanship and descendants of Genghis Khan’s mongol warriors. (The Buryats are also Buddhists.) 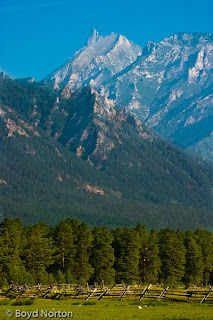 Since that first trip I have been back many times to Baikal and the Barguzin Valley. We worked with Russian environmentalists to have Lake Baikal designated a World Heritage Site. And we had hoped to expand the existing Zabaikalski National Park to include at least a part of the Barguzin Valley but that has not happened yet.

To celebrate the 20th anniversary of that first trip I will be leading one of my photo eco-tours to Lake Baikal (and the Barguzin Valley) in the summer of 2010. If anyone would like to join us, contact me: boydn@earthlink.net. 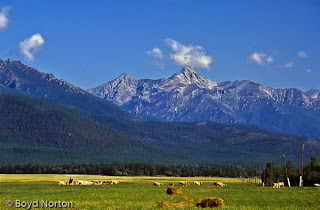 Also, watch for my article on Lake Baikal in the November issue of Audubon magazine.